Shelter workers found a mysteriously taped up box on their doorstep. They were appalled when they heard desperate cries for help coming from inside. As they tried to open the package, they instantly registered the putrid rotten smell that emanated from within. 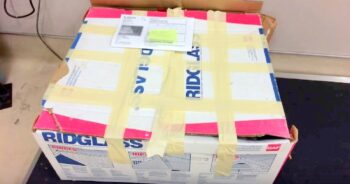 The smell was coming from a creature that broke their hearts into a thousand pieces. The workers were shocked to find a living, breathing puppy crammed inside the box in a panicked state. The dog, later named Pandora, was covered in strange wounds and her fur was so filthy and matted that she could hardly move. 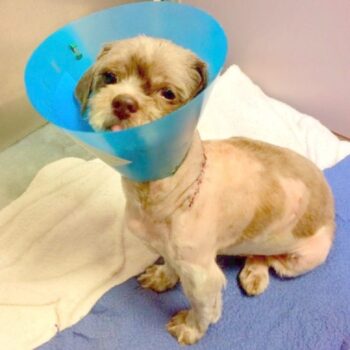 The workers shaved off her fur to get a better look at her injuries. They realized that the rotten smell was not from “infected wounds”, but from big and small lumps that covered her body. She was given a cleansing bath and prepped up for surgery.

Pandora endured multiple surgeries to get the extra lumps out of her body. Later, the biopsy report revealed that one of the masses had grown cancerous. But, thanks to the timely actions of the doctors, Pandora was finally out of danger! 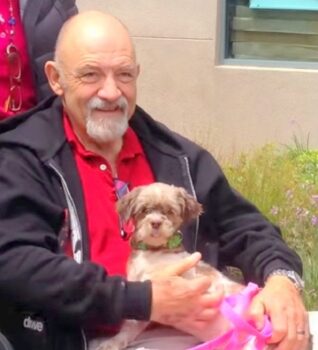 As Pandora started to recover, her adorable personality came through. For Pandora, her true heroes will always be her caretakers, who beat the odds and helped her survive. She was soon put up for adoption, and eventually ended up with a loving dad in her new forever home! What a miraculous journey for Pandora!

Click the video below to see what abuse and neglect did to poor Pandora, and how she recovered from it!