We absolutely love videos of mama and baby pups together. But, this one is a little different. You’re going to see a ‘Temper Tantrum” like no other below!

Patches is a Mama Bulldog who is extremely vigilant of her only pup, Elvis. Because Elvis was born with a cleft lip, Patches goes above and beyond to ensure that he grows up happily. 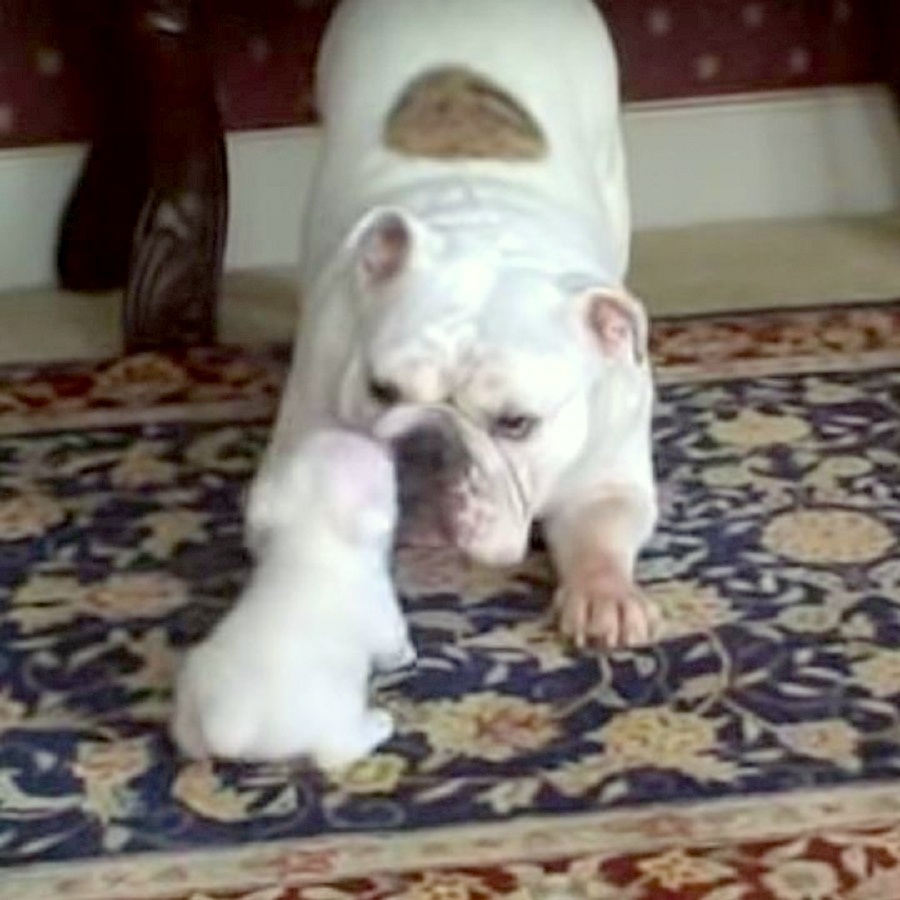 In this cute video, Patches nudge Elvis forward. Whether it’s a teaching on socializing or simply another parenting drill, we’re not sure. But it appears that Elvis doesn’t appreciate his mother’s pushy behavior, so he throws a hilarious temper tantrum!

The tiny puppy gets nasty with his mother, showing a major attitude. Patches, like every other mother, attempts to talk sense into her youngster. However, Elvis’s baby-like rages continue as he decries the fact that mommy won’t stop breathing down his back! 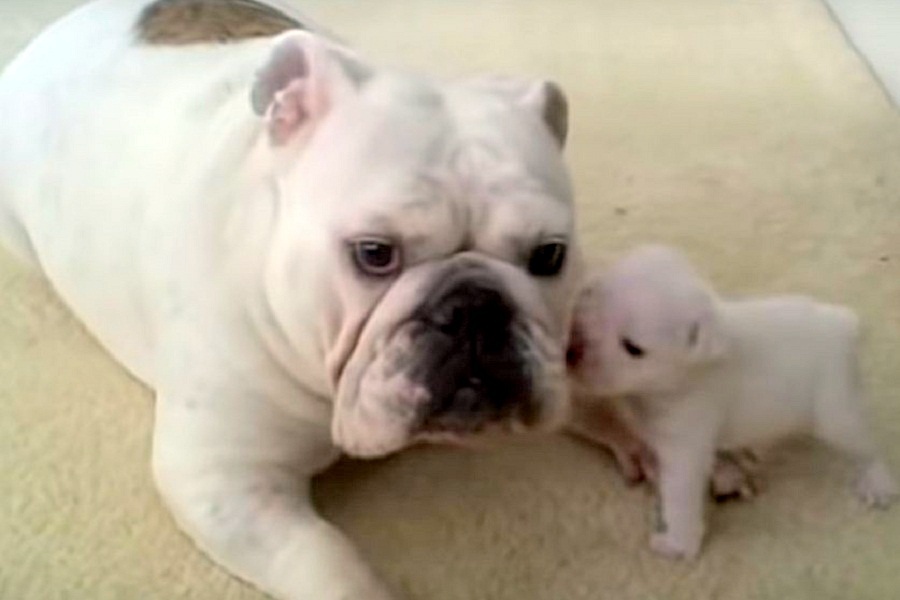 After displaying his anger, he exhausts himself and goes to mommy to apologize. He snuggles adorably beneath her paws as she begins playing with her misbehaving young child. Patches and Elvis are the cutest mother-son pair we’ve ever seen!

Woman Leaves Dog With Her Dad, Receives The 'Best Texts' From Him During The Day