When Tom Cummins and his dog Banjo, residents of Nightcliff, Australia, took their usual stroll around Casuarina Beach on a Monday morning, their routine was disrupted in a big way. As the Staffordshire Bull Terrier dipped into the water, he very nearly turned into prey.

Before there was even time to react, a crocodile caught Banjo in its jaws. The strong Staffy is lucky to be alive, but he certainly demonstrated his bravery in this alarming tussle.

The Wrong Dog To Mess With

As the tide just started to move inwards, neither Cummins nor Banjo saw the large reptile prior to it lashing out. Cummins described the attack to ABC:

“The water was knee-deep. He just ran into the water to cool off. I heard a bit of a growl and looked around and a crocodile had him in its mouth.”

Ever brave in the face of danger, Banjo didn’t sit back and take it from the croc. He fought back and eventually escaped.

“Banjo must have thought it was another dog, so he bit him back. He’s a very, very strong dog.”

Cummins took Banjo right to the vet, where his wounds were determined “purely cosmetic” and didn’t need stitches. Still, the crocodile, estimated to be a little over 2 meters (6.5 feet) long, could have done some real damage to a smaller dog.

“If he had been a poodle or the water was deeper that would have ended differently.”

(CW: The following image may be upsetting to sensitive readers.)

Though he’s sore now, Banjo will be just fine. He’ll always have scars from his harrowing encounter with the croc, but Cummins notes:

“He’ll pick up a few girls with those scars.”

‘Tis The Season… For Crocodile Attacks

Banjo has visited this beach tons of times without ever encountering a dangerous animal. NT Wildlife ranger Ian Hunt told ABC Radio that crocodiles move around a lot more when the temperatures increase and rainfall is heavy.

“It is the breeding season for the saltwater crocodiles and sometimes they can be a lot more aggressive and a bit more bold or brave, which might explain why this attack has happened on the beach this morning.” 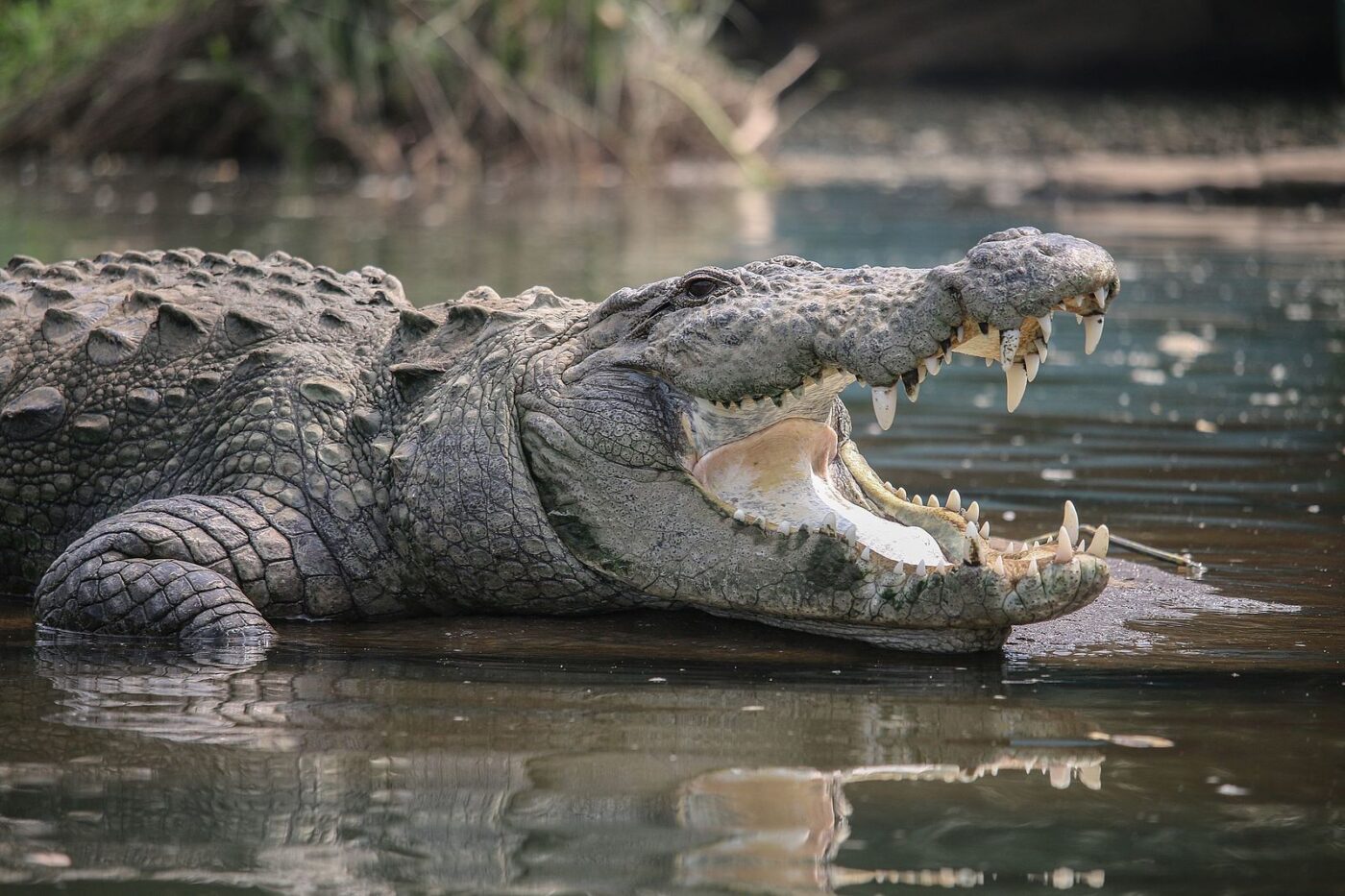 The beach where Banjo was attacked is a heavily trafficked location. Locals are advised to exercise caution around Darwin harbor.

“Crocs are very stealthy. They can lunge out of the water at very quick speeds,” Hunt added.

So far, the croc that bit Banjo has not been seen since.