Dog Is Put Into Inmate’s Jail Cell, Inmate Sees The Dog And Swiftly Grabs Him


A dog’s unconditional and faithful love can be one of the most purifying forces in the world. This makes all the more sense when we see the pronounced impact of bringing dogs and prison inmates together. Following this uplifting ideology, a program called “Leader Dogs for the Blind” has been using dogs to help rehabilitate prisoners since 1939. And from the looks of it- it’s an absolute win-win deal! 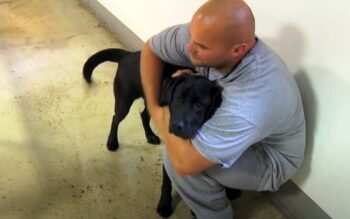 Aided with several earnest sponsorships, this program allows prison inmates to raise hundreds of puppies each year while training them to be service dogs. This not only infuses a sense of purpose in the otherwise lost inmates, but also reduces chances of recidivism after their release. However, what truly stands out is the emotional bond forged between the prisoners and the puppies! 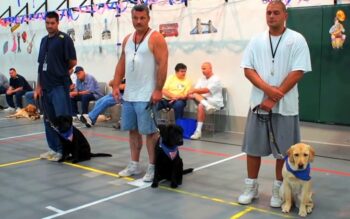 This video focuses on the first-hand experience of the model inmates who feel blessed to be a part of this program. The program has especially given perspective to several inmates serving life sentences, and has provided them with the peace and healing they had been craving for. We can clearly tell that these brawny men take pride in their craft and feel honored when their service dogs transform the lives of sick and disabled souls! 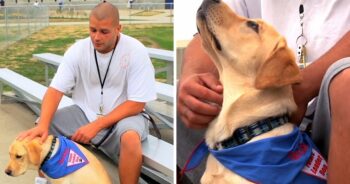 This exceptional program steers toward the concept of turning prisoners into valuable assets of the society, instead of coloring them as a loathed liability. By training dogs for the real world, the inmates never feel disconnected from the society and also get a fair chance to redeem themselves. This is rehabilitation in the truest sense, and it has made a big difference in the lives of countless people – both inside and outside the prison!

Watch this heartwarming video below and be sure to SHARE this with a friend or family member!