All Dogs definitely have their own unique personalities, and Stanley’s was apparent right from the beginning. This was something a little different though, and the quirks were a bit alarming. Stanley’s Mom and Dad adopted him but soon started to worry about their dog. Stanley, the Golden Retriever was very friendly, loving and physically healthy, but there was clearly much more to his story.

Stanley was rescued from the Golden Retriever Rescue of Mid-Florida and knowing he was a little different. When they got him from his foster home, he was sleeping on the table. 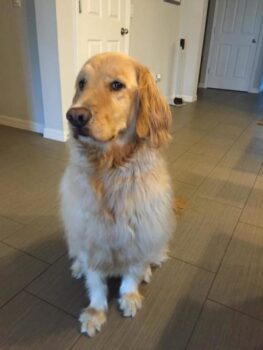 However, they quickly fell in love with Stanley despite his quirks and decided to take him home. Stanley got along with their kids and the other pets right away. 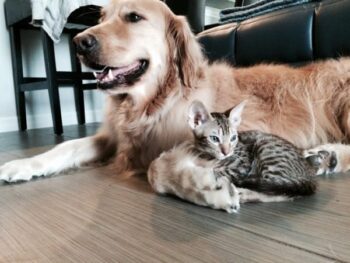 But the Stanley’s mom and dad became concerned about their new dog. They had success in the past training other dogs, but Stanley was different. They worried he may injure himself climbing onto counters and tables. 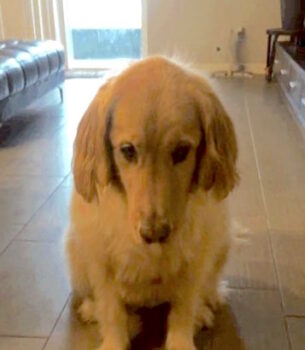 Stanley wasn’t deaf, but he never responded to his name being called. Two trainers were hired but eventually quit on him. And the one suggested the dog may be mentally challenged.

The family took this seriously and studied his behavior patterns even more. They discovered an obsessive-compulsive routine where Stanley would constantly gather a slipper, remote, and stuffed animal together every day. 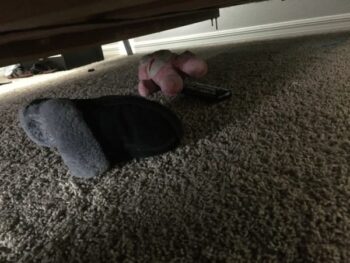 They decided to test Stanley with a dog IQ test they heard about from a friend, and he failed at getting out from under a blanket, responding to his name, and finding the treat inside a cup.

The vet agreed with the assessment and said that the dog’s challenges could be a result of inbreeding and stubbornness. 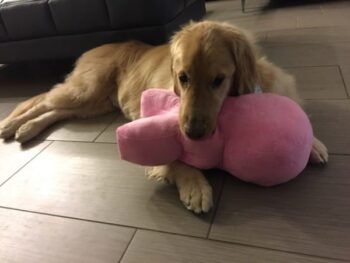 It may never be revealed why exactly Stanley acts the way he does, but it’s not something for his family to worry about. He’s physically healthy and surrounded by lots of love!

His owner said, “He may be a bit slow, but his silly quirks, good nature, and odd little personality makes us love him even more.”

You have to love that Stanley is getting a fair shot at life regardless of his challenges. Every dog deserves love and happiness!

Woman Thought She Found A Homeless ‘Dog’ On Her Porch, When It “Wasn’t A Dog” At All