We make a promise of care and commitment to their existence when we bring an animal into our home, and they become a member of the family. Please meet Manuka Honey, who has a beautiful tale to tell!

Unfortunately, Manuka was struck by a car and her front leg became severely injured. Her mother and father rushed her to the veterinarian clinic, where surgery was advised. They refused to pay for the operation and inquired about other options. 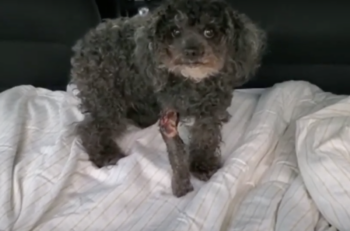 The vet said they could try diligently treating her leg with frequent bandage changes by bringing her in weekly as well as antibiotics and strict supervision. The owners agreed but failed Honey miserably. They did not bring her in for bandage changes nor stay on top of her wounds. Her leg became severely infected leading to necrosis. To make matters worse, her owners kept her leg so tightly wrapped that it limited blood flow. Poor Honey was suffering. 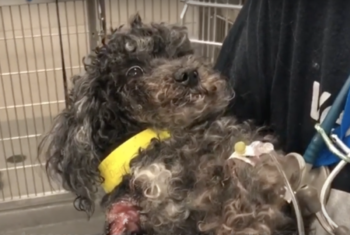 By the time Honey was surrendered to AMA Animal Rescue, her poor body had been through so much. She desperately needed adequate care as well as lots of love. Her new human friends were happy to intervene. AMA took Honey to their vet who said, without a shadow of a doubt, she needed both her leg and shoulder amputated. Her wounds had gotten so bad that there was no way of saving the limb.

To make matters even worse, Honey was so lethargic that she couldn’t even eat or drink. This is why proper medical care is NEVER an option. Had her owners listened to their vet, Honey wouldn’t have suffered the way she did. AMA’s vet scheduled Honey for surgery the next day. She first needed IV fluids and proper rest the build up her strength. 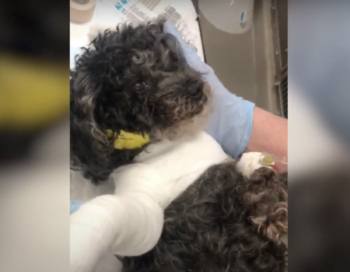