Will New York City’s “There Is No Poop Fairy” Campaign Resolve A Smelly Situation?


New York City has made great strides to create a welcoming environment for canine companions to live in, and it seems to be working! According to a study performed this past year by the New York City Economic Development Corporation, there are currently over 600,000 dogs who call this lively city home.

And while there are a great many benefits to living in a city chock-full of furry friends, it can certainly come with unique challenges. One such challenge that residents battle daily is the absurd amounts of dog poop on the city’s streets and sidewalks. Careless pet owners and caretakers refuse to properly dispose of their dogs’ waste, and residents, especially those on the West Side of Manhattan, have had enough. 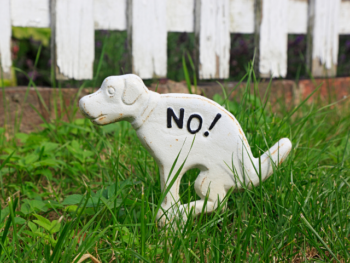 While city officials have been receiving an increasingly large amount of complaints regarding this issue over the past few months, one has long been on the city’s radar, dating as far back as 1978. This was the year when New York City and State officials responded to complaints from the public by passing a Pet Waste ordinance that has since become known as the “Pooper Scooper” law. This ordinance states that:

“Each person who owns or controls a dog must remove any feces left by that dog on any sidewalk, gutter, street, or other public area and dispose of it in a legal manner.”

The fine for pet owners or caretakers who refuse to abide by this ordinance is $250 per offense. And while this law has been in place for quite some time, it was not until this year that the city’s department of sanitation became proactive in recognizing (and ticketing) offenders at the insistence of New York City Councilman Erik Bottcher.

To raise awareness of this growing issue, Councilman Bottcher recently launched a pro-poop-scoop campaign that he calls the “There Is No Poop Fairy” campaign.

This campaign will bring attention to the problems at hand by funding the purchase of several large electronic signs (pictured below) that will stand in popular dog walking spots as a reminder to properly dispose of pet waste.

In addition, Councilman Bottcher has petitioned the Department of Sanitation to perform an “enforcement blitz” in the Council District, specifically over the next few weeks. During this blitz, there will be an increased number of both human and canine patrol officers monitoring public areas for offenders of the “Pooper Scooper Law” and fining them accordingly. Employees of the New York’s Department of Sanitation seem very enthusiastic about making the city a cleaner, healthier place.

“Our enforcement agents may not collar people over this, but they won’t just roll over, either — they will write tickets,” says Sanitation Commissioner Jessica Tisch, “Bagging and properly disposing of pet waste shows you respect your neighbors and your sanitation workers, and we thank councilmember Bottcher for working to bring this problem to heel.”

We fur-give you, New York. Just make sure you pick up after your pups from now on. You don’t want the police to hound you!

Lost Dog Was 2-Days From Being Put Down, But He Still Hoped Dad Would Save Him